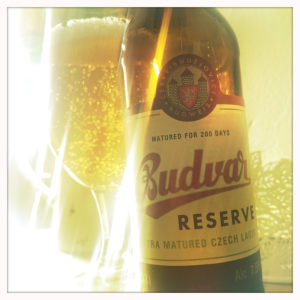 Bruised red apples and sticky toffee, that’s the first thing I noticed when I took a swig of this Lager that has been aged for two hundred days.
This isn’t a new beer by any means, but with its packaging having a bit of a rebranding I thought it would be nice to revisit.
As much as I like this beer, I find its aroma a little bit sterile, like it has been scrubbed to within an inch of its life, it smells of very little but it does smell oddly clean.
The main body of the beer, as mentioned above, is all bruised apples and sticky toffee.
There’s candy floss as well, and some brown bread crusts, while the hops are prickly and green, herbal and spicy, and all of this is buoyed up by a hefty but not overwhelming alcohol heat.
This is a fine Lagered beer dressed in a smart new coat.