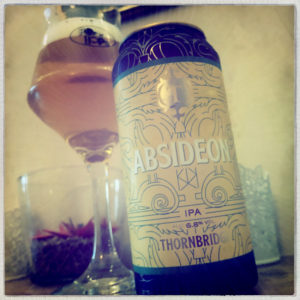 It feels ever so slightly odd to say how good it is to be presented with a crisp and clean IPA, but there’s just so much beer out there brewed with London yeast and Vermont yeast, cloudy and slightly sweet NEIPA style beer, and they’re all starting to taste and feel the same.
Changing the hops has gotten to the point of only adding a slightly different shade to these murky IPA’s.
As a result, this beer is a breath of fresh air.
Brewed with Citra and Mosaic, there’s plenty of zingy lime zest and orange pith, freshly chopped herbal greenery, lemon sherbet and peppery nettle stings, along with a soft fruity aroma.
It’s all clear and crisp and superbly dry and bitter, while the malting brings a soft sweet caramel and brown bread, chewy honey and bagel body.
After months and months of NEIPA’s I’ve been craving a beer that does this.