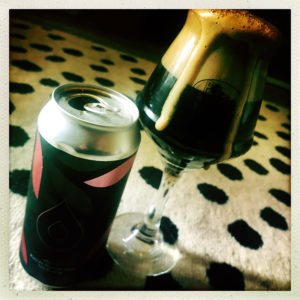 Rivalitá is a Russian Imperial Stout.
And it’s a very good one at that.
It’s as dry as a bone and smells of chocolate liqueurs.
The malting is fathoms deep and heavy with chocolate and treacle tart, flaky pastry, digestive biscuits, liquorice root, tamarind, honeycomb, burnt toast and espresso.
It’s a thick and chewy beer, a beer that coats your face and won’t let go.
Some crunchy autumnal leaf litter and a quick slap of hedgerow greenery from the hopping adds a little brightness, but otherwise this beer is dark and heavy and sensuous.
It’s a beer to spend some time with, and now that I’ve written some notes that’s exactly what I intend to do.