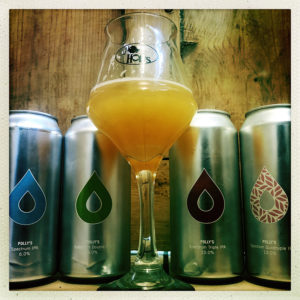 Polly’s have brewed a range of four IPA’s in increasing ABV’s to showcase the new Spectrum range of liquid hops.
There are four in all, starting with an IPA, then a Double IPA, a Triple IPA and a Quadruple IPA, all using the same hop profile – Citra and Mosaic BBC, and Citra And Mosaic Spectrum.
So let’s get started and see what we can discover. 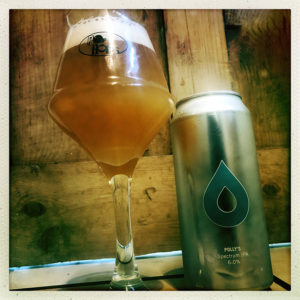 Spectrum IPA (6%)
We already know that Polly’s make exceptional IPA’s, which is why I don’t generally review them anymore as you know what you’re going to get.
And true to form this is a superb IPA that pours a cloudy peach colour and smells of nectarines and honeysuckle.
The malting is smooth and creamy, lashings of caramel and shortbread biscuits, a dab of runny honey and some crusty white bread create a solid yet subtle platform for the hops to do their thing.
And do their thing the hops really do.
Lemon curd and lime zest, mandarin, peach and sherbet join together with fresh and piquant green herbal leaves, a touch of fresh rolling tobacco and the pithy dry goodness of green grape skins.
In the finish you find a little sweet alcohol warmth lifting the long bitterness of the beer. 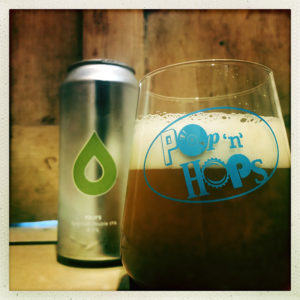 Spectrum Double IPA (8%)
This beer owes a great deal to how its malting reacts with the alcohol.
Yes there’s a lashings of hoppy goodness, from fizzy lemon bonbons to sharp lime leaves, orange marmalade, fresh green shrubbery and even a hint of green spring onions.
But the sweet brown sugar syrup, creamy coconut, honey and biscuits of the malts are made big and warm and round by the booziness of this beer to make this beer feel super balanced.
Even the aroma and the finish marry up nicely, giving you a bitter sweet kiss of fruit salad and white rum. 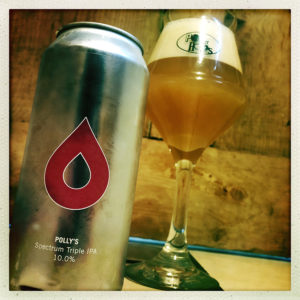 Spectrum Triple IPA (10%)
The body of this beer is thick and chewy, sweet brown sugar syrup, lashings of honey, brioche and wafers, and all of this glues itself to your face while a fug of lightly spiced tinned peach slices drifts up from the foggy golden beer with its dense creamy head.
The hops here are affected in no uncertain way by the weight of the booze, it strips away much of the bitterness and as such creates a palate of sweet lemon sorbet and orange marmalade, though you still feel the sting of green pithy nettle leaves.
The finish dances between sweet and warm, boozy pickled lemons and sharp as a tack herbal foliage. 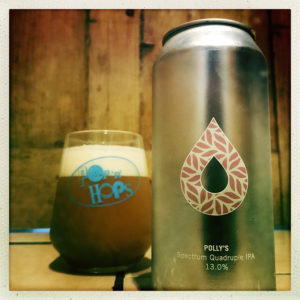 Spectrum Quadruple IPA (13%)
By this point everything has become a little bit silly.
The hops that began as fresh blasts of lemon curd and nettle stings have been drowned in booze and turned into pineapple juice, lemonade and orange rind.
They’re doused in a hefty sugar syrup stickiness that’s ramped up by the sugary vodka rush of the booze.
The malting doesn’t fair much better, where what was once crispy fresh biscuits, honey and toffee, there’s now a clammy, damp and overly sugary teeth-on-edge sweetness that detracts rather than adds to this particular brew.
As a result the finish is caramelised spring onions and the aroma is boiled white sugar cubes.
A step too far?
Quite possibly.

With all this in mind, I spoke to a brewer who I respect very much, and he was concerned that these liquid hop varieties are taking away some of the skill of teasing flavours out of natural products, and perhaps edging “Craft” beer towards the “Big” Breweries’ hop extract model of brewing.
And I for one am torn by that.
As you know I founded CAMRGB on the belief that it’s the up to the brewer to make and present their beer how they choose, and if it tastes good then so be it, but the thought of taking the skill and hard earned knowledge of brewing is a concern.
I have to say that this is a mixed bag.