It’s So Sad When Beer Is Bad

Over the last couple of days I’ve had the disappointment of beer I was really looking forward to letting me down.
I’m not entirely sure whether the two examples I’m going to give are bad due to a canning problem or are just inferior products that perhaps shouldn’t have been let out of the brewery.

But if they’re the latter then it’s odd that everyone on UnTappd is giving them high marks.
Or is that just because people want stuff to be good if they’ve, 1. paid good money for them and, 2. don’t want to be seen to be dissing a cool brewery?

Anyhow, this is what I drank this week: 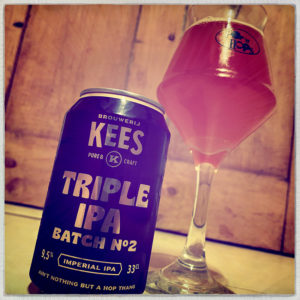 Brouwerij Kees Triple IPA Batch No. 2 (9.5%)
As much as I love Kees, this beer needs calling out for not being right.
Overly sweet caramel, sticky almost granular brown sugar and not a trace of hops.
Which is a surprise given that this has been brewed with Chinook and Cryo-Citra.
Unfortunately nothing can fight against the weight of brown sugar sickliness in this little can.
Add to that the fact that this can at least is completely flat and you’ve got a teeth rotting beery nightmare right there.
This went down the sink. 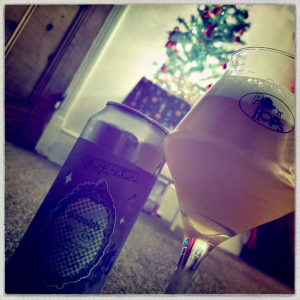 Neon Raptor Brewing Co. Capulets (8.2%)
Oh man this isn’t good.
The aroma is sour and acrid, pickled peaches like fruit and vinegar.
There’s a deeply unpleasant chemical tang to the flavour that bullies whatever sweet malts or sharp hops might have been thrown in here and in the finish the sour bitterness returns.
Capulets?
More like Crapulets.
Another one down the sink.