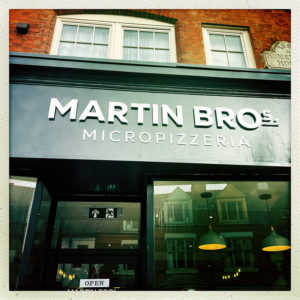 A month or so ago a new place opened up just down the road from my house in the Clarendon Park area of Leicester.
Called Martin Bros. Micropizzeria, the place is the next step in the food and beer travels of the Martin Brothers, who I first came across when I ate from their pop-up mobile pizza business.
Back then I was sitting in The Two-Tailed Lion and we had to pop outside to buy the food and bring it in.
What I remember being really good pizza back then has been honed and refined into the superb recipes on the menu of their little establishment in LE2. 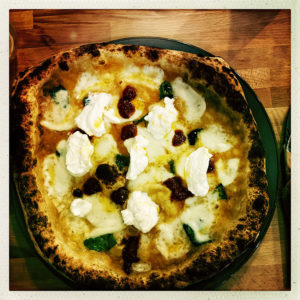 The brothers trained in Florence and the result of this is pizzas that remind me of my time living in Tuscany.
And though the flavours of the pizzas I ate in and around Pisa are slightly different to those of Florence and its surrounding area, it’s the dough base that remains similar.
Martin Bros, make their dough daily and often run out before then end of an evening’s cover, which for me is a sign, not only of an already popular and quickly established restaurant, but of a company with an ethos of wasting as little as possible.
Made with simple, fresh ingredients, this is the kind of food I miss form my time in Italy all those years ago. 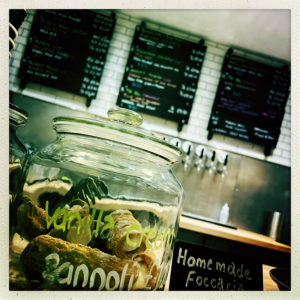 Couple all that with a dozen keg lines of brilliantly sourced beer, and super coffee sourced from local blenders, what the brothers have created is a superb little restaurant furnished in a charmingly warm style.
The staff are knowledgeable about both the food and the beer and wine on offer and, importantly for me and my tinnitus, there is no background music, just the gentle hum of other people’s conversations as they enjoy their meals. 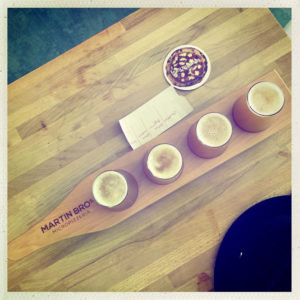 I popped in there again this afternoon with Our Chris as the place has just introduced flights, allowing people to try a range of the beer on offer in third glasses and while talking to one of the brothers, not only did I find they are members of a fine Hardcore band called Frantic State, but they have also started opening on a Sunday for beer without the food.
And so, if you’re around you really ought to drop by.
Good pizza, good beer, good company.
Need I say more?