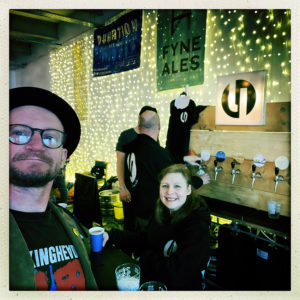 It feels like a lifetime ago that we were all hanging out in warehouses drinking beer and talking.
My trip yesterday to visit the Sheffield Beer Feast and to help judge the beer of the festival was, for me, deeply personal.
Like so many of us, I’ve spent the last eighteen months working from home, only going out very rarely, and becoming very comfortable in my own company.
As some of you may already know I live with anxiety and depression and have done for many years, and my anxious state has become something of the norm over these last weeks and months.
And so it was with a great deal of worry that I got on a train with my dear friend Chris (@titwillars) and headed to Sheffield. 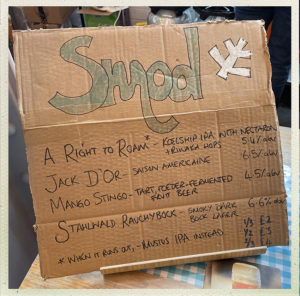 We met up with Ian Brewchap at The Sheffield Tap, sank a quick half and then wandered through the city to the venue.
No longer held in the Abbeydale Cinema, this year saw the event being hosted by the Trafalgar Warehouse, a lovely big (and fortunately warm) space int he centre of town.
I kept my mask in my pocket – after all nobody was wearing them – but i kept reaching in to touch it and make sure it was still with me.
Masks, the new safety blanket.
After an enormous hug from the Lost Industry gang, a feeling I’d long forgotten, we started with their Berlinerweisse before catching up with a few other familiar faces. 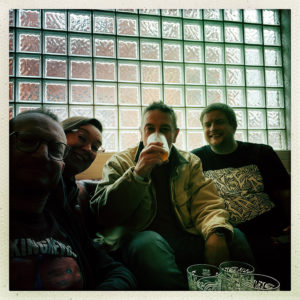 Just after drinking what for me was the beer of the day, a fabulously made Rauchbier from St. Mars Of The Desert, we were joined by my old friend and Sheffield dweller Gavin.
More hugs, more laughter, lots of shared emotion and I slowly became more comfortable in these weirdly foreign yet familiar surroundings.
The beer judging was fun, myself, Adrian Tierney Jones (@ATJBeer), Catherine Webber (@cathw1901) and Steve Lamond had a good catch up and entirely agreeing on all the beer we were asked to try, though I can’t for the life of me remember which one won.
The rest of the afternoon felt so much more normal, wandering the stands trying different styles, and laughing and joking before heading out for a quick half in the pub and catching a train home. 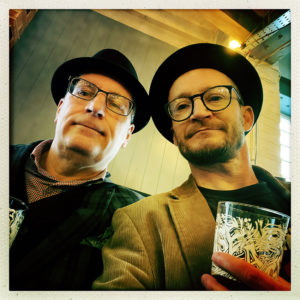 This morning I feel good.
I feel a lot less anxious about the outside world and ready to start joining in with it again, all be it I will be taking small steps, as I return to working from the office at the end of this week coming.
Thank you to my super friends and beery comrades, and to the always wonderful Sheffield Indie Beer Feast for helping me make the initial move back towards normality.
Cheers!