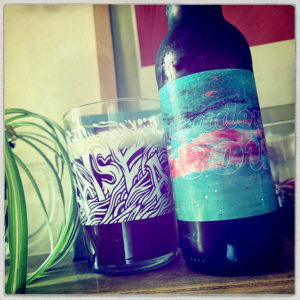 When you open a bottle of beer that’s been sent to you by a home brewer and it is the best thing you’ve tasted for as long as you can remember it makes you reconsider the state of modern beer.
At least it makes me do that.
Over the last few months I’ve gotten very bored with the Pale Ales and IPAs that I’ve been presented with from some of our coolest, hippest breweries.
They’ve been good to drink but they’ve all been so similar that, As you may have noticed if you are at all bothered to read the CAMRGB blog, I’ve not really written about anything In weeks.
And then there’s this beer that has been made in a garage in Yorkshire.
Triple dry hopped it’s heavy with tropical fruit pulp, redwood resin, sharp stinging nettle leaves and the zing of sherbet, but instead of being a hop holocaust, the malting is so beautifully balanced that a warm sweet caramel, Biscuit and honey steadies the overload of hoppy greenery, counterbalancing what might have become a thin and bitter full on attack.
Maybe our breweries are getting complacent in the new world of high street “craft”, brewing NEIPA after NEIPA, making politely drinkable beer that they know will sell, or maybe Ian BrewChap is the master brewer we all dream of.
All I know is that this beer has made me as excited as I was over a decade ago when I first drank De Molen’s Premiant Hopburst and my world changed forever.