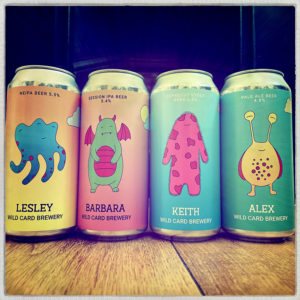 I have to tell you that as soon as I saw this range I wanted to try it.
The nerdy graphic designer in me means that I’m a sucker for a well presented idea and packaging that matches.
And this little range looks great.
I was also taken by the everyday names of each of the beers, in the same way that people giving their pets “people” names always makes me smile.
For example there’s a chap I see most mornings when I go out whose dog is called Derek.
Derek.
Brilliant.

Anyhow, there beers themselves aren’t bad either, look… 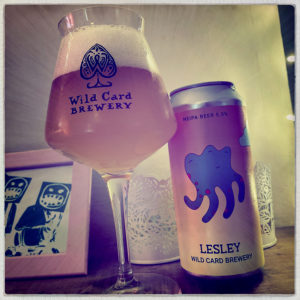 Leslie (5.5%) is a nice little NEIPA.
She pours a bright sunny gold and smells of apricots and flowerbeds.
The malting is soft and smooth, creamy and light, with caramel coated biscuits, honey and wafers bringing a gentle sugary crispness.
The hops are all orange zest and dandelions, melon, lemon and herbal leaves, and these sharp and zingy flavours are rounded out by the subtle fug of peach stones from the yeast, making for an easy drinking beer with a very moreish finish. 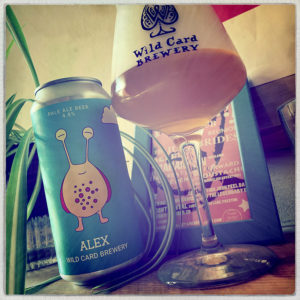 Alex (4.8%) is a rather frothy Pale Ale, made more so by my terrible pouring.
Brewed with a load of oats for a soft and smooth, creamy body that’s full of caramel and Rich Tea biscuits, golden syrup and doughnuts, the Cryo Citra gives Alex a rich lemon curd smell and a sharp citrus zing, that’s bolstered by the greenery of Mosaic and resinous bite of Cascade.
Alongside all this a speciality yeast brings a warm peach fuzz to the finish of this rather fine beer. 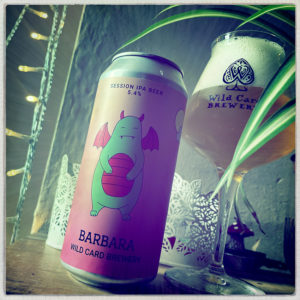 Barbara (5.4%) calls herself a Session IPA, though at 5.4% it’d be one hell of a session.
That said, this is a terrific pale beer that’s full of apricot pithiness, lemon zest and orange rind from the hops, while the lager malt and oats give make for a soft, smooth and creamy malt body.
You get runny honey and wafers, pancakes and doughnuts, before the house yeast rounds out the finish with a hint of earthy peach.
Rather yummy. 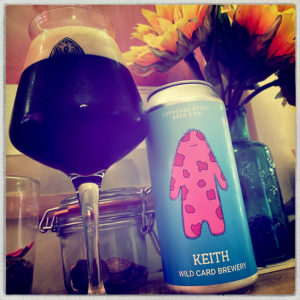 Keith (5.5%) tells me he’s an Espresso Stout, though I might argue that the flavours are more like a Rauchbier.
And that’s no bad thing.
The coffee is warm and bitter, deep and woody, with fireside embers and autumnal red leaf litter from the hops, while the malting also gives a little sweet and sticky maple syrup.
I really like the black cherry stone aroma as well.
But it’s the addition of smoked malts that brings that extra layer of goodness to Keith, with a hint of burned bacon, treacle toffee and wood smoke turning this from a decent stout into a very good Rauchbier.